"I was lucky to learn from the masters, but if I'm really being honest, I honed my craft in smoky editorial offices and makeshift newsrooms."

Fortifying her skills in the press and media industries, Evgenia Konovalova spent the initial phases of her career writing about film and television for various publications. A graduate of one of Russia's oldest educational institutions, Evgenia had studied Journalism at Moscow State Pedagogical University, before she engaged in a variety of print and news-based periodicals across Russia.

"When I was a journalist, I learned how to separate the wheat from the chaff. In order to appeal to your readership, a piece should always contain exclusive, socially significant information. It could be an expert's point of view, conclusions based on new studies, or a special event. The job of a PR specialist is to ensure that all parties benefit from an interaction. That's how you secure a successful story."

Evgenia was invited to work for the PR department of a small financial institution in 2006. She's remained in the field ever since. 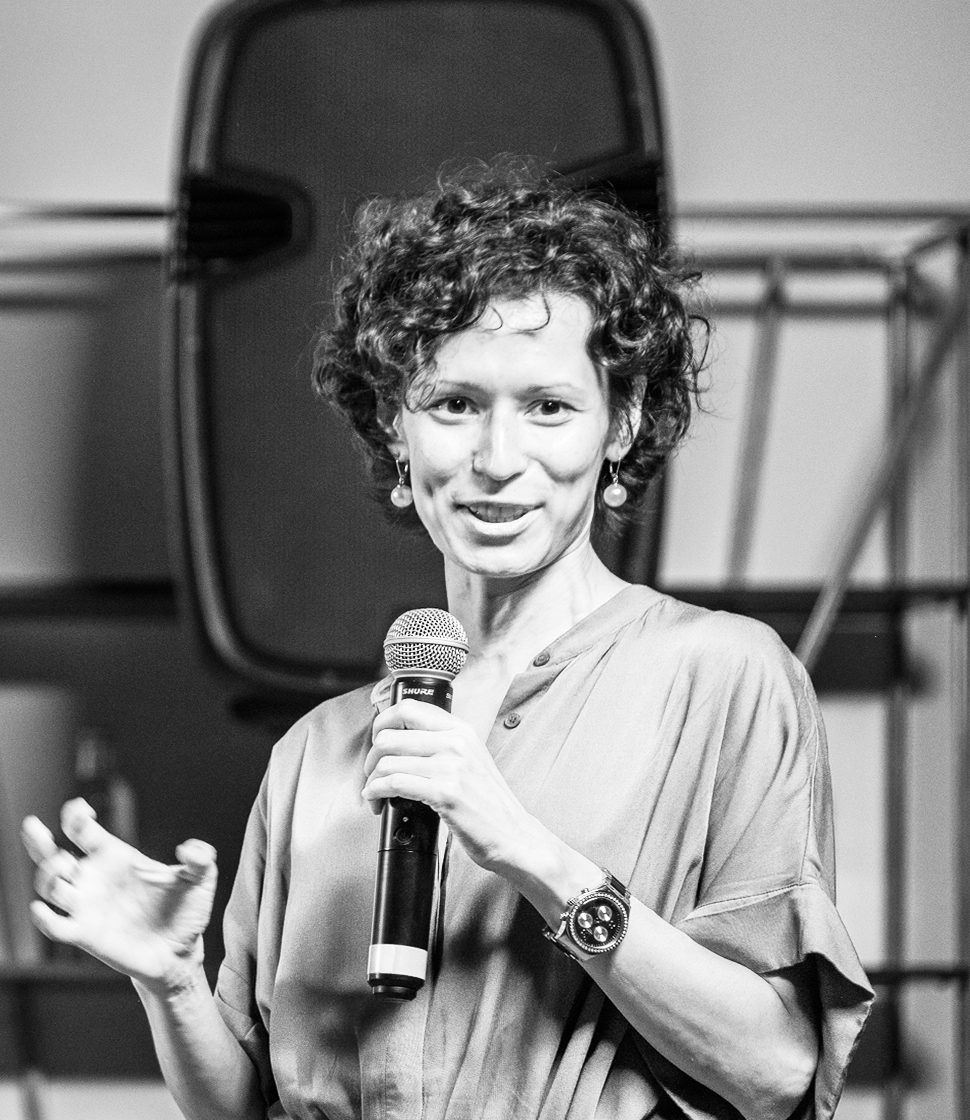 "In 2018, I received a Master's degree in Marketing from Moscow's Higher School of Economics. The ability to analyse markets is a multipurpose skill that has come in handy in numerous situations throughout my life, not just in PR."

Evgenia is currently working as EXANTE's Head of PR in Russia. She also runs the popular Telegram channel Antihype, covering the latest developments in the world of investment. With over 10,000 subscribers, Evgenia has amassed a dedicated and impressive following. Working with influencers and various industry connections, the channel serves as a sensible voice of reason, analysing the hype-ridden financial markets with conscientiousness and care.

"To deliver quality content, you need to be one step ahead of your readers, and always be willing to learn. EXANTE enabled me to do that."
How do you feel EXANTE champions and supports their female employees?
Since I joined EXANTE, the support has always been comprehensive, in every sense of the word. It was completely unexpected, but very pleasant at the same time! Mutual respect is a great emotional resource.
Tell us more about your current role. What excites you most about working for EXANTE?
I am EXANTE's Head of PR for Russia and the Commonwealth of Independent States (CIS). Though my work is often challenging, I find that I'm able to retain my enthusiasm by focusing on certain aspects of my job.

Trust is integral, and so is doubt. The absence of a rigid vertical structure is a sign of maturity, for managers and employees alike. This approach requires a conscious reckoning. We should question what we're doing, and why we're doing it. Focusing on long-term goals helps me build a productive strategy over shorter periods of time.

The people I work with inspire me. They are truly exceptional. Their knowledge is vast, and they're always eager to help.

I also enjoy the sense of self-improvement EXANTE affords its employees. I collaborate with traders and investors on our Telegram channel, as well as shooting interviews with experts. I receive correspondence from our partners, clients and readers, all of whom inform me of their support. When I see that my work has benefited someone, I'm able to push through my fatigue and aspire for more. It makes everything feel worthwhile!


Is there a particular accomplishment you've been most proud of?
Together with undergraduates of the Russian NES University, I organised a programme to aid students in the completion of a research project. Twice a week, four Economics majors would meet with two EXANTE mentors to discuss DeFi prediction markets. Our students never missed meetings, and always arrived thoroughly prepared. I am immensely proud of this work, and the invaluable efforts of our research team. I have complete faith that our future is in good hands!

I also liaised with various experts to facilitate a study of blockchain technology. We managed to attract representatives from Sber, Russia's largest bank, who spoke exclusively about their work in this area. The event was a great success - many in the media wrote about it.

Since I joined EXANTE, our company has been involved in thousands of publications, and consequently, our speakers have become widely recognised. I achieved all of this thanks to creativity and a tightly-knit team. Without them, none of these achievements would have been possible.
How do you think we can incentivise more women to pursue careers in the FinTech sector?
I think that a monumental shift is currently taking place. The patriarchal foundations of society are changing, and inequalities are gradually being leveled out. For many modern families, household responsibilities are often divided equally, by mutual agreement. Men can take childcare leave, and women can attain top-tier managerial positions. I think this abandonment of gender stereotypes is the best way to open doors to FinTech, and other traditionally "male" industries.
What have been some of the most challenging aspects of your career? How did you surmount those obstacles?
I work in communications, so I know how people impose filters on the information they choose to disseminate. I try to be mindful of this, whilst ensuring that all parties correctly understand what is at stake. Any ambiguity or inaccuracy could lead to misunderstanding. That's why I always strive to be candid and transparent. It's served me well thus far!
Who or what has been the principal guiding force in your work life?
We live in an era of fake expertise. Billions of people have access to an audience via social media. But being popular doesn't always mean you're right. Bloggers can mislead people, and unfortunately, many brilliant experts are overlooked. My aim is to push back against this sense of disinformation, and bring high-quality content to the people. I endeavour to popularise the real experts, and promote those who truly deserve a platform.
Who are some of your heroes?
I am inspired by women who changed the rules of the game: Catherine the Great, Queen Elizabeth II, Coco Chanel.

Among my contemporaries, I admire Elizaveta Glinka, doctor and founder of a charitable foundation for disadvantaged people. She had the empathy and compassion to help the homeless ‒ those from whom everyone had turned their backs. She was able to return dignity to these people, rekindling their faith in the future. In 2016, she died in a plane crash. This was a huge loss for humanity, but her work is indelible, and will live on.
What is something that people usually get wrong about you?
I'm 5'2 and I weigh less than 45 kg. People think I'm something of a Tinker Bell fairy. I'm actually quite adept at taibo. I can take a punch very well!
What advice would you give to ambitious young women starting out in their careers?
There's a Japanese quote I've always returned to. "If a calligrapher who has not mastered the art breaks the rules, there is nothing interesting about it. Innovation starts when a real master changes them."

Think of the great impressionist or abstract painters - they all had excellent classical training, but more importantly, they did something groundbreaking and new.